Being a very short hitter of the ball as a kid, I was constantly obsessed with ways of making more speed. This led me down the road of experimenting with weight training as a means of getting stronger and thus creating more distance. Although I am not a long hitter of the ball by professional standards, I am certainly a longer hitter than I used to be, and I learned a lot along the way. There are many parallels that you can draw between effective weight training and golf training. Here are a few that I have identified.

Isolation
WEIGHT TRAINING - You can do a lot by working on something in a synergistic fashion. Squats, for example, will improve leg, back and glute strength simultaneously, as well as a whole host of other stabilising muscles. However, powerlifters know that they can plateau in these lifts. For whatever reason (genetic, muscle firing patterns, injuries etc) there can be certain weak points during a movement. For example, a person may be exceptionally strong at the latter 2/3rds of a squat movement, but they have a sticking point at the bottom part of the squat. They are therefore limited to their weakest part, unless they decide to not go down too low, to which the weakness just becomes amplified further as they go into this range less. 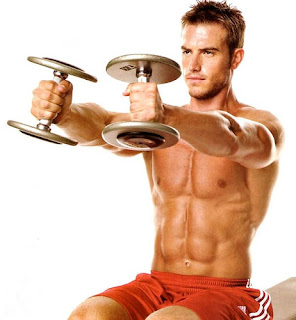 One way around this, would be to isolate the part of the lift where there is a weakness, and devote some time to ‘bringing it up’. For example, the lifter may do box squats (accentuating the bottom part of a squat) or static holds at the bottom, in order to improve the weakness. Essentially, more mental and physical resources are going into improving the weakness, and as long as the other areas are at least maintained, this will result in an overall improvement.

GOLF - we may find that our weakness lie in a specific skill, for example, our ability to strike a divot after the ball. One approach I used effectively to train myself to do this skill was to put 100% of my mental resources (in Laymen’s terms – concentrate) on this alone. My only goal was to improve my ability to strike a divot after the ball. Even if the shot itself wasn’t perfect (slight toe hit or closed face), I would deem myself successful if the divot was correct. I then got specific feedback by using markers to represent where the ball lay on the ground, so I could see where my divot was in relation to this.

Progressive resistance
WEIGHT TRAINING - This is very difficult for our society to understand, as it is built on a ‘want/get now’ mindset. In weight training however, patience is a virtue, as it is in golf. We should keep the bigger picture in mind as we progress towards it; we should start out small and work our way up. In weight training, you wouldn’t take a brand new exercise and load the bar up, you will probably end up injured. The best idea is to start out with something light until you feel more comfortable, and the gradually add weight each week as the exercise seems easier.

GOLF - So, in my example of learning ball/turf strike, I started with a chip shot and progressed to a pitch, then a half swing, then a ¾ swing before finally doing a full swing. When doing it in a full swing was easy enough, I needed more resistance/weight on the bar. So I started challenging myself by changing clubs every shot, then changing both clubs and target every shot. Finally, I took it to the fairway bunker, where even the smallest of errors becomes magnified. This is pushing it into levels of difficulty not normally experienced on the golf course, as a regular shot from the fairway can be much more forgiving.

Sets and reps
In WEIGHT TRAINING, we do a certain number of sets with a certain repetition count. For example, 3 sets of 10 means doing 10 repetitions, then resting, then 10 more, then resting then 10 more. I like the idea of using sets and reps for golf training, as it can help create a mini test, and also allows time for a ‘reset’ so a person can gather themselves and their concentration ready for the next bout.

Optimum rep ranges
WEIGHT TRAINING Just as there is an optimum rep range (intensity level) for certain weight training developments, there is too for golf skill learning. If you wished to improve your strength, staying in the 3-5 rep range is usually optimum. Sure, strength can be developed with higher reps, but it is much less efficient.

GOLF - Likewise, I feel the optimum range to stay within for golf is between 3 and 7 out of 10 success rate. For example, If you are trying the strike drill, and are achieving it 9 times out of 10, it is too easy and you need more of a challenge, try it with a pitch swing. On the other end, if you can only do the exercise with a full swing 3 times out of 10 successfully, then maybe you need to fall back into an easier task, such as doing it with a ¾  shot. This is not a ‘set in stone’ rule; sometimes a player is so mentally strong they need to have something borderline impossible to do to spark motivation. For most people though, a task which is too difficult can lower confidence levels quickly leading to further performance drops and a slowing of learning.

Variance
WEIGHT TRAINING - Bodybuilders use varying exercises to avoid mental boredom and physical stagnation. If all a person did was bench press, they would eventually plateau. Working the same muscle in a different way can break through the plateau and provide continuous improvement. We may throw a few decline bench presses, or incline flyes in – both are working the chest but in a different angle thus bringing up the strength of other stabilising muscles at specific angles leading to a potential breakthough on the standard bench press.

GOLF - Likewise in golf, try to find 3 or 4 different ways to work on the same skill, and rotate them every so often as to keep your concentration. For example, we could improve our ability to strike the ground in the right place through a task led exercise, such as a fairway bunker shot or paint line on the ground. We could also focus on getting the club leaning forward at impact more, or focus on our weight being on our front foot at impact. These exercises all work on the same thing, but in a new and fresh way when rotated effectively. 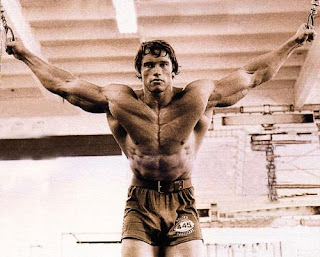 Compound movements
WEIGHT TRAINING - This is a kind of ‘anti – isolation’ argument; in reality, both isolation and compound theories work well together. In weight training, a compound movement is where you would work a lot of muscles together all at once, such as in a deadlift, where the legs, back, glutes, hips and arms and shoulders are used simultaneously. In golf, this would be the idea of working the isolated skill/movement into the swing as a whole. 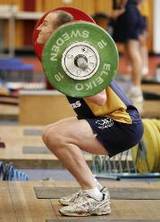 GOLF - For example, you isolate the skill of strike through effective concentration, feedback and challenging of the skill, and then you try and incorporate your new skill alongside all the other parts of the shot, such as direction and hitting the middle of the face. So now, I would try to strike a divot after the ball, but also look to incorporate the other parts to find a nice balance between them all. If I were to strike the ball pure with a divot after the ball position, but hit slightly out of the toe, now I would direct my attention to trying to do both the ball/turf strike and centre face strike together, focusing more on whichever is causing the biggest problem.
This is a small tweak, and is usually more down to where you direct your attention, flitting to the most prominent fault at the time, whereas isolation is more about keeping your focus more on the one thing you are trying to improve. It is similar to the squat movement being the thing we are trying to constantly improve, and using isolation when necessary to improve sticking points/weaknesses. The two together creates a very powerful concoction.

Learning has a delay
Generally, there is a lag between trying to improve something and that improvement coming through. In golf, this is not always true, as sometimes a quick grip change can make an instant success. But in terms of things I would determine skills (shot to shot variables in golf such as strike and clubface control), and certain technique/movement changes, worrying about how you are improving during the session is as silly as worrying about how much stronger you are getting whilst in the gym. In actual fact, as you train your body it gets momentarily weaker due to the depleted energy sources within the muscle and also from central nervous system fatigue. 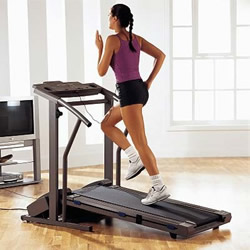 Similar things can happen in golf training. Sometimes you devote so much mental and physical energy to making a change/improvement that it gets worse during the session, especially towards the end. It’s not that you are actually no longer learning it, it’s just that you are fatiguing. You have two options when this happens, either stop and go an rest, coming back and working on it again at a later time, or you can push through the fatigue and continue. If you choose the latter, you have to be very level headed and ignore the result you are getting. This is easier to do when you understand the next part.

Just as you don’t get stronger in the gym, you get stronger during rest, a similar thing happens with a skill. The brain has been likened to a muscle, and during rest, it too regenerates, repairs and strengthens what has been learned. You then see the results either next day, or a few days time. I remember as a kid working on a specific move for about 3 hours. At the end of the session, I was so disappointed as I saw my swing on video after all the hard work and it was exactly the same. I gave up working on it, thinking that this was the way I was doomed to swing forever. By a week later, I had put my swing on video only to see that the move I had spent that time working on was now part of my swing; a delayed learning response. I have since experienced this in many other things I have learned, such as languages and musical instrument playing.
Be patient, what you are doing now is largely irrelevant. It is what you are ‘trying’ to do that is most important. The more you try to do it, it will eventually happen automatically.

Conclusion
Spend some time thinking about how you can apply some of these principles to your golf training.

You can’t become a powerlifter overnight, it requires consistently applying the correct methods over a long period of time – just like golf.
Posted by Unknown at 8:32 AM