If you are interested in becoming a better golfer (as I hope everyone who is reading this article shares this goal) This will be one of the most important articles you will read in your entire life. Give it your full, undivided attention, as failure to do so will render you like the rest of the golfing population – stuck in an eternal groundhog day of never getting better. Stand out from the other lemmings of the golfing crowd, become one of the small percentage of people who can actually continually progress at this insanely difficult sport. If this introduction seems abrasive, good! It is designed to create a radical shift in your way of thinking, and a ‘nicely nicely’ approach does not fit well. If you get bored midway through reading this article, just close the page and go and eat a marshmallow. Let’s go....

Look at this picture of the stock market. This could just as well be a picture of the form of every golfer over the course of the year; lots of spikes and troughs of good times and bad. I will discuss more in depth about some theories on why this happens at a later date, with some possible ways to control the ebb and flow of form. But this is always a natural part of golf and will happen to every golfer; the best we can hope to do is limit it, and continue to work on things that will improve us in the future.

This is really the crux of this article. Throughout the year, there are inevitably many highs and lows, but if you have been doing the right things, you will be a better player at the end of the year (to a point). The bad golfer runs around like a headless chicken during the low points, searching for something – anything - that will work for the moment. Then, during their peaks, they sit back and revel in the fact they have finally ‘found it’ and mastered golf. They, once again, don’t work on anything worthwhile, as they feel they have achieved what they want. Most don’t work on anything at all, in the fear that they will lose their current state of play. They go through the same highs and lows as the good player does, but at the end of the year they have gone nowhere in terms of true progression.

What does the good player do? They work on their game, usually taking lessons or researching into technique, perhaps copying a professional golfer they admire. They tend to be much more patient with swing changes, seeing the goal of making the new movement or skill habit through repetition. Throughout the year, form goes up and comes down again – the same as for everyone else. Usually, the drop in form can occur whilst working on something new (as I remember it did for me). However, at the end of the year, the graph of this player looks something more like below – they have progressed forwards.

The Marshmallow test
In Stanford university, 1972, kids were asked if they wanted a marshmallow now, or they could wait and have 2 marshmallows later. This was to study if delayed gratification had any bearing on future success in life. The kids who took the marshmallow NOW ended up correlating with lower SAT scores and were described as 'less competent people' in follow up studies. It seemed that the ability to be patient was a massive predictor in future success..... This always reminds me of golfers who go through a few putters every year. Every couple of months they have a new one that they are “holing everything with”, before completely losing confidence with it next month and needing a new one. They don’t see the blind stupidity of the whole cycle, and never work on the parts of their putting that need improving, opting instead for the quick fix of a placebo pill. These players are always getting better at putting (when their latest model is bought), yet are never getting better at putting – understand the irony.

Instant gratification can be the biggest demon of all regarding golf improvement. The best players I see tend to have a way of seeing beyond the fleeting game of ‘this moment’, and into the future. As a player growing up, if I made a swing change, all I needed was to hit one shot ‘better than normal’ out of 100 to prove that it was worth working on. Through practice and repetition, I understood that this 1/100 would soon become 50/100 and eventually 80 or 90/100. The poor player hits the 1/100 better than ever, and questions why they hit 99 poor, before deeming that it ‘doesn’t work’ and going back to their old movement. They took the marshmallow. Whilst I fully understand the emotional nature of bad shots, and the fear created by hitting them, do not misconstrue bad shots with working on the wrong things. Sometimes, you can hit awful shots but be ingraining a better move, or getting closer to it. On the other hand, you can hit amazing shots ingraining a movement that is fraught with errors. Sometimes, many complimentary errors can come together to create a good shot. You could swing left with a wide open face, then hit the ground behind the ball closing the face down, and hit the ball out of the toe. Four errors that could potentially create a straight shot, although ingraining them would be detrimental to your game. Of all the teachers out there, I am one of the most lenient when it comes to complimentary errors. However, the above situation will simply not function consistently.

How to use this information
The point of this article is to say, don’t get so caught up in the day to day/shot to shot changes in your golf game. They really don’t matter a great deal when looking at the bigger picture (1-10 years). If you work on the right things diligently, the fruits of your labour will be harvested in time. If, however, you are like most people, constantly searching for the secret and looking for something that will just give you instant gratification, you will likely be wallowing in self pity at the end of the year as your game has remained the same. The best philosophy you can have is to see this time now as pure training for the ‘future you’ (unless you are a tour pro where the situation is a little more complicated). It is merely information that you can use to your benefit to create a better golfer in the future.

Have a plan for the year - a clear, written down list of goals that you are going to work on improving through process led ways. This could be technique improvements, skill/co-ordination improvements, strategy improvements, routine improvements and many more. Work with a coach that you are comfortable with and trust, but work towards something other than instant results. Nothing worth having is easy to come by, and nothing is more worth having than a great golf game. To watch someone who has achieved proficiency in this sport is awe inspiring, but they didn’t get there by being a headless chicken. Remember Aesop’s fable of the ant and the grasshopper?

I know from experience that working on the right things eventually gives the results, and chasing marshmallows just makes you fat. The irony of it all is that the instant results don’t usually last in most cases; the quick fixes of today will be gone tomorrow. I took many steps backwards in order to move further forwards. Bad shots now can lead to better shots in the future if you are getting closer to doing something better. However, as with everything, there is always balance – even this notion of delayed gratification can be taken too far. But unless you are shooting level par and trying to average lower, this article is very applicable to you. If you are shooting level par and trying to get lower, you probably already knew this stuff.

If you got to the end of this long article, congratulations – here are TWO marshmallows. The information you just read will help you immensely, especially through the troughs in form that are predestined. Keep working on the right things and you will get there – avoid simply chasing a quick fix that makes you hit it better now. One of my favourite coaches has the philosophy of ‘better every day’. I prefer to think of it in terms of ‘better every year’ in golf. Too much focus on the day to day play can be distracting when it comes to long term improvement. 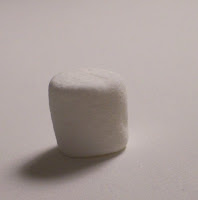 P.S. Interestingly, I remember as a kid only ever going to see my golf teacher when I was at a peak in my performance. I highly resisted going to see him during my low points as I felt it wouldn’t be as productive – my instincts told me that my swing was not at its best so it would only be repair work rather than raising the bar of my potential further. I suppose the message I was giving to my teacher and myself was, “Here is me at my best. I feel I can go beyond this – help me do it”. On the other hand, most lessons I get here are people at their low points. People saying “Here is me at my worst, I’m broke, please fix me”. Whilst I am more than happy to help them, maybe there is something more in this? Or maybe I am just looking too in depth at nothing?