A few people emailed me asking me to describe to them more about The Golfer's Toolbox. A lot of people said “Isn’t this just a quick fix?”.

Let’s look at another example.

This is a Video of Mark Crossfield, fellow PGA pro and very popular online instructor (check out his other vids). Lots of people - instructors included – would argue that the shank cure described was just a ‘quick fix’ as it doesn’t address the root of the problem.  Well, here is how I look at it;

What Mark is describing is being able to control where you put the club at impact. This is a skill/co-ordination based drill, rather than a technical fix, but it will have an effect on the technique. In order to change the position of the club at impact, something has to change preceding it. This could be something as simple as getting the hands a little closer to your body though impact – perhaps nothing noticeable on video (1 cm is very difficult to see), but enough to take your horrible shank to a pretty decent/flush shot down the fairway.

But it goes much deeper than this. This ability to change where you hit on the face at will is something which can transfer to any technique you use, or situation you find yourself on the golf course. Once you possess this ability, you will never suffer with the shanks again, because you will have an understanding of the feels you need to produce to stop the shanks (and toe shots) from happening. Not only that, it allows you to calibrate toe and heel shots until you find the sweetspot – something a top pro does automatically yet subconsciously. For this reason, this so called ‘quick fix’ is actually the longer term solution, in my opinion. 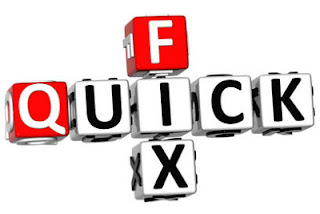 On top of that, this is another example of an external focus. Studies currently indicate that external focuses are better for learning skills and retaining them, as well as performance benefits.

The vast majority of people would attack a shank shot by changing a lot of their swing mechanics directly through an internal focus (thinking about the body movement for example). I liken this to a darts teacher changing the technique of a blindfolded player so they hit the correct place on the dartboard. Whilst this can work, eventually the player is developing no self awareness and will struggle to self-correct. Likewise, the golfer's shank shot will come back eventually, and the player is left again to look deep for problems ‘causing’ the shank in their technique – or in need of another lesson. If they had just learned Mark’s drill, this would never have been a problem. Developing the awareness is the equivalent of taking the blindfold off.

This reminds me of a quote;

By just changing something in your technique, you may be able to temporarily stop shanking. But even the best techniques can shank the ball, so no matter how good your technique gets, you will always be at risk from shanking. A perfect looking backswing, with great sequencing, great planes and great angles can still hit a hosel rocket, if the clubhead doesn’t arrive in the right place at the right time. By training yourself to control the clubhead through skill and co-ordination means, you will be perfectly placed to be in control of your own swing changes – you will be able to feed for a lifetime.

Often times we tend to overcomplicate things as human beings. But I like to refer to Occam's Razor regarding this;

“Usually, the simplest explanation is the better one”

It may seem a very simple fix to just try and hit the ball more out of the toe, but the more I read into movement theory, brain function, motor learning and evolutionary biology (amongst other things), the more I see the connection between this simple fix and the bigger picture. 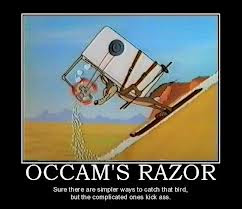 Another quote springs to mind;

"Any intelligent fool can make things bigger, more complex and more violent. It takes a touch of genius and a lot of courage to move in the opposite direction" - Albert Einstein. 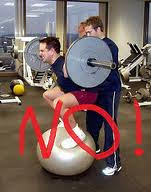 Society today seems to adore the complex. It seems like the more information we can add to the picture, the more we will understand something. Whilst it can be true to a certain extent, I think that eventually we have to put that information back in its simplest form to relay it to the pupil, and the pupil has to put it into the simplest form for their own swing. Just because this ‘shank fix’ looks overly simplistic on the outside doesn't mean it hasn't got a whole world of knowledge beneath it.

The ability of the human body to self organise is a beautiful thing, if you let it happen.

Disclaimer - I am not saying working on the mechanics of your swing is counterproductive. As with everything, a nice balance can be struck between the two. However, people (myself included as a good amateur player) tend to resist the simple stuff, which was the reasoning behind me writing this article.

Don't forget to facebook share this / like / tweet / google+1 if you enjoyed this article. The more people who see these articles, the more enjoyment we can get from the game :)
Posted by Unknown at 8:24 AM